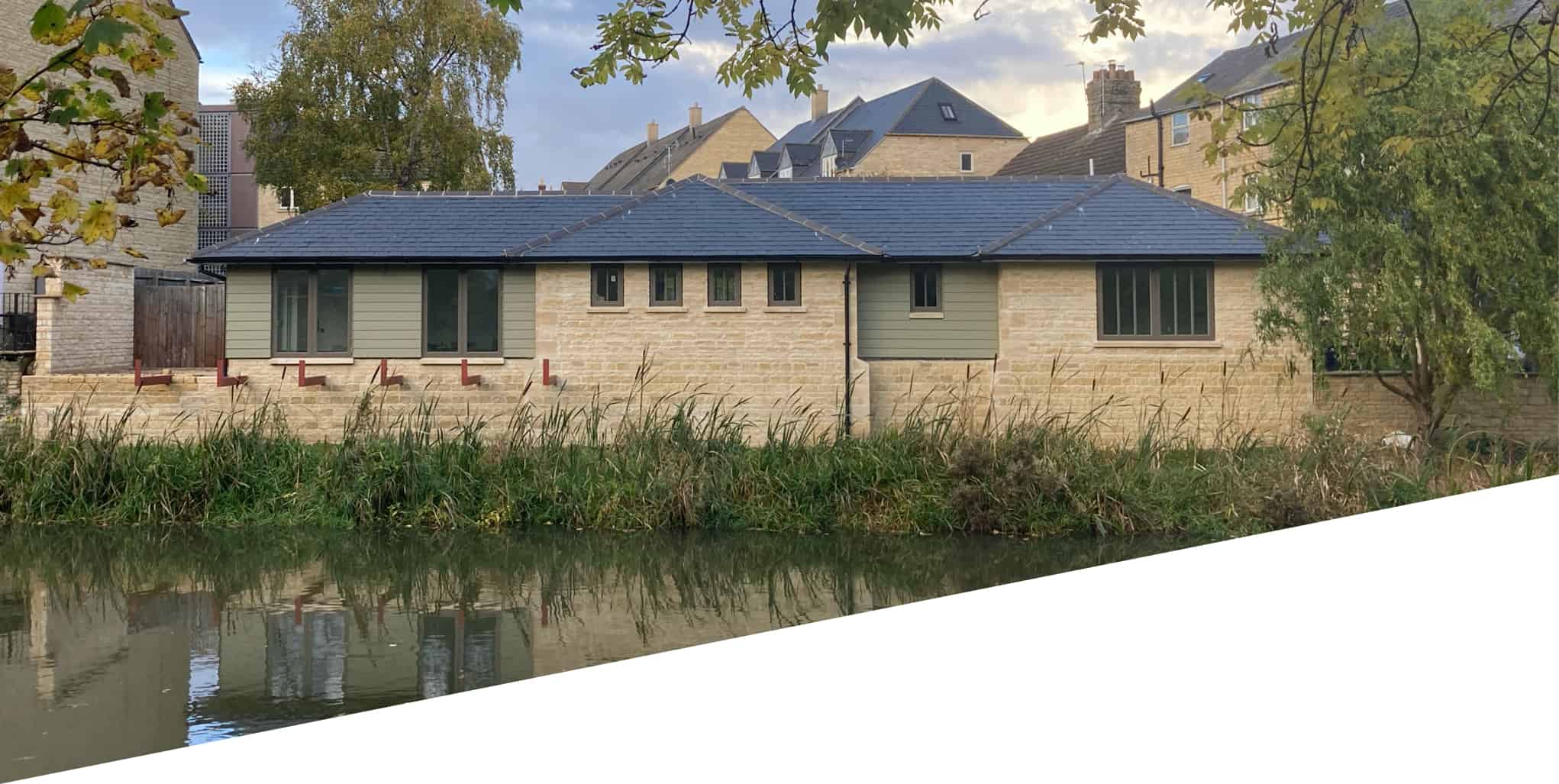 Secure permission for a substantial outbuilding on the bank of the River Wellend.

Following years of rejection from an entrenched planning authority and two unsuccessful appeals, we sought to argue that the outbuilding was in fact permitted development.

We appealed against the refusal of a certificate of lawfulness, arguing the relative merits of the proposal in accordance with the General Permitted Development Order 2015 based on the previous submission.

Matters of contention were the size of the outbuilding and the curtilage given its location adjacent to the River Wellend.

The appeal was dismissed, however, the substantive grounds of whether the building was within the curtilage and the overall size of the outbuilding were accepted.

A resubmission demonstrated to the authority that the building was sufficiently sited to be permitted and a certificate was granted drawing to a close a long planning history of refusals.